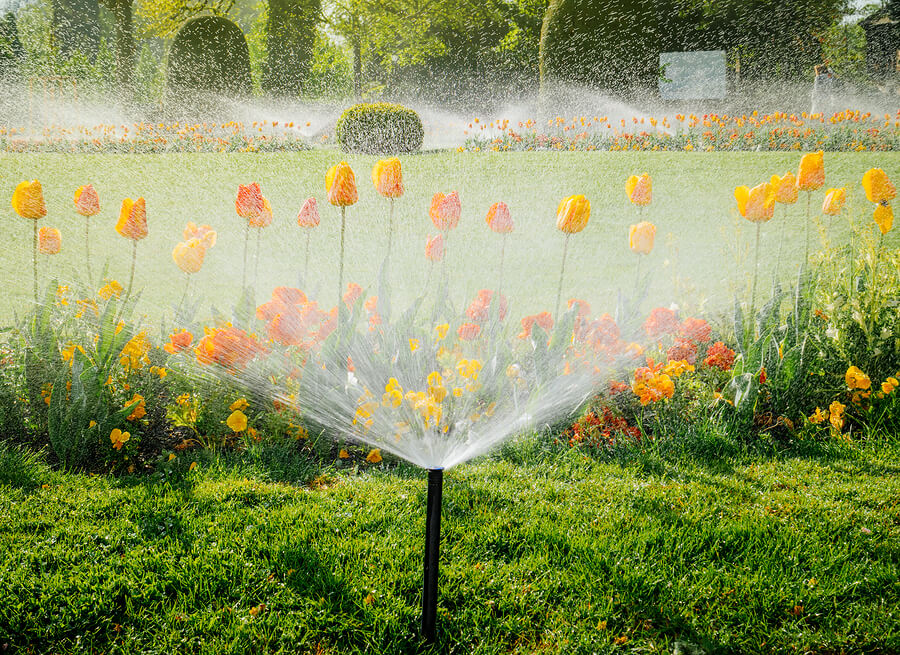 While it’s cool outside and the grass is dormant, now is the time to check your sprinkler system for any problems. You might already know about specific issues or have a strong suspicion there’s something awry. Whatever the case, while the mild winter provides you with plenty of outdoor comfort, it’s time to take advantage of the weather and look at your lawn irrigation system.

Much like troubleshooting a swimming pool pump, an irrigation system is relatively straightforward. Though it does have several components, its operation is based on very simple principles. This means most problems are easily identifiable and not difficult to fix. With just a few common tools and a little patience, most repairs are do-it-yourself scenarios. But sometimes, it’s best to replace the whole irrigation system.

An automatic lawn irrigation system is the best way to keep your lawn looking fresh and green. Correctly designed and programmed, it’ll deliver the right amount of water to your yard— no more moving the sprinkler! But like any other system, it occasionally breaks down or requires maintenance. The good news is you can handle 90 percent of the repairs yourself, even without in-depth knowledge of the system. We’ll show you how to identify and fix the most common problems. Don’t be intimidated by the prospect of working on a system that involves both plumbing and electricity. The pipes are plastic and much simpler to repair than the plumbing in your house. —The Family Handyman

Generally, a residential lawn irrigation sprinkler system will last, on average, about 10 to 15 to 20+ years. But this depends on how much use it gets, climate, and a number of other factors. Here in west-central Florida in sunny Sarasota, sprinkler systems get a lot of use. So, if your irrigation system is in this age range, it’s at least worth considering replacing it. One strong indicator replacement is smart is when repairs become more and more expensive. If the system is in need of constant repair, it’s generally time for a replacement.

Sprinkler system problems typically occur in three locations: the heads, lines, and valves. Other common problems occur with the programmable control unit. These are generally due to mis-programming (user error) and can easily be fixed by resetting the system and starting over. Your irrigation system should water in the right places, distribute water evenly, and follow a proper schedule. But, these goals won’t be accomplished if there are issues with the system. Here are the six most common sprinkler system problems:

If it’s time to update your landscape or add more features, like a new deck, just go ahead and contact us. We are a full-service, professional landscape design company and serve all of Sarasota, including near Bayfront Drive, around Rolling Green Golf Club, along Longboat Club Road, and elsewhere.